In the trade dispute between the US and China, the Americans have already put the powerful Chinese technology company Huawei Technologies on the black-list.

The fear of industrial espionage and sabotage as well as of a technology advantage of the Chinese is extremely large, apparently especially in the controversial US President Donald Trump.

Therefore, the black list, which already includes companies from China, has now been expanded. Chinese companies that are blacklisted are no longer allowed to obtain hardware components or software from US companies without permission from Washington.

Affected as a 5G supplier is already Huawei Technologies. For their own smartphones, only an open source version of Android is available, whereby popular Google apps like Google Maps and Gmail or YouTube can no longer be used.

At the same time, the Chinese smartphone business in the international sector is more or less paralyzed, because many countries use the mobile operating system Android from Google Inc.

Meet this is the new smartphone series Mate 30 by Huawei hard. So far, you could still download the apps manually despite US blacklisting, but that is no longer possible.

The Google Play Store is also tight. Now Instagram, Netflix and Spotify can no longer be used. This has made the sale of Huawei smartphones in the US and Europe almost impossible.

In China, Tencent Holdings WeChat is being used as a super app for mobile devices, as Google is blocked in China. Huawei therefore works on its own mobile operating system as well as on chips.

The updated blacklist also includes other highly interesting startups from China, including companies that have already raised billions of dollars in venture capital and are very powerful.

The US lists the blacklist as a response to Beijing’s treatment of Muslim minorities in the country, according to the official statement from Washington.

The latest measures from Washington will hit not only companies in China, but also suppliers from the US, which will break off a portion of sales – a shot in the knee.

However, the White House is also hampering access to the US capital market for Chinese companies, which are finding it increasingly difficult to attract new investors and obtain fresh capital due to the slowdown in China.

SenseTime is no longer only active in the field of face recognition, but with 3,000 employees also offers financial security solutions, robot deliveries and self-driving cars. 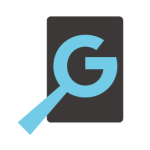